Have this Genuine Handmade Drawing to bring you back to Ancient Egypt
The papyrus paper is used as the symbol of lower Egypt as early as the pre-dynastic period (4000 B.C.). The raw material of papyrus comes from the plant Cyprus papyrus. This plant grew along the banks of the Nile and provided the Egyptians with a valuable raw material.
Not only was the ancient Egypt's greatest export but it revolutionized the way people kept valuable information. No substitution for papyrus paper could be found that was as durable and lightweight until the development of pulped paper by the Arabs. The way of making pulp paper was far easier to produce but not as durable. This not only led to a decline in papyrus paper making, but also to a decline in the papyrus plant cultivation. 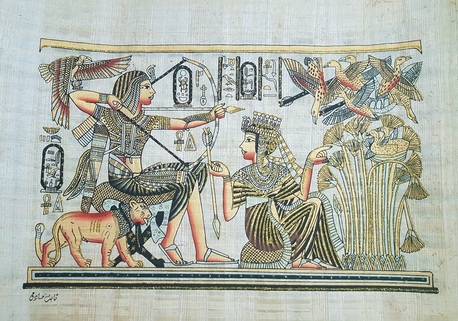 
How to Avoid Scams